Now that Spring is here, let the warmer weather serve as a reminder to get your home in tip-top shape as soon as possible. Prepare your home to look and feel as comfortable as you would want if you lived there. Save money by utilizing your DIY skills evident or unknown and maximize your lifelong investment.

Have you asked yourself the question – “Should I hire a property management company?” There are many reasons why a landlord would want to hire a Professional Property Manager. Deciding whether or not you should hire a manager doesn’t have to be an agonizing decision.  It really just depends on your own needs, level of commitment, and expectations.

Why would you want to use a property management company? A typical property manager will interact directly, on your behalf, with applicants and tenants.  Managers will usually market and advertise your rentals, meet with prospects to host showings, collecting rent, deposit money to your bank account, and coordinate repair issues. They are also the first line of defense when responding to tenant complaints and will even stand by your side when you have to pursue an eviction or get sued.

An excellent property manager will have the heart of a teacher, and voluntarily keep you updated with regular communication.  Above all, the main purpose of a property manager is to give you peace of mind that your investment is being handled with care.

Some key items you should seriously consider if you are thinking about hiring a property management company are:

If you are in the Denver area and would like to discuss how Aviva Properties can help you, please contact us at 303 835-4167.

Knowing that someone has your back instills you with confidence. A reliable partner by your side is great, both personally and business-wise. It doesn’t matter if it’s a family member, someone at work, or even a fellow member of a sports team on which you play, it’s always great to have that kind of reliable partner.

The same can be said for being involved in your community association. You volunteer your time and services for the betterment of your community, and you do so because you care about where you live. You want to make sure you and your neighbors are living the most comfortable life possible. However sometimes you can feel worn thin. You may work a full-time job and have responsibilities at home with your family, so having a trustworthy partner can alleviate many of the stresses you may feel as a concerned individual. That’s where Aviva Properties, your professional community management company can assist!

Below are five great reasons to consider hiring the best community management company to help with day-to-day operations.

There are certain personalities and skill sets that are better suited for this line of work, which can be hectic and demanding.

There’s a fine line between being personable and being professional. It is very important that a property manager maintain a certain level of professionalism when dealing with internal employees as well as external parties like tenants, customers, vendors and colleagues. The ability to be kind but firm, particularly when dealing with sensitive business matters that may seem more personal to those they are affecting, such as raising the rent. 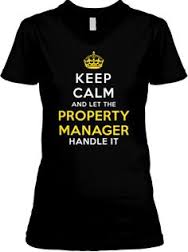 The most successful property management professionals place people as their highest priority. In order to do this job well, you absolutely must be able to deal with people. You have to be able to maintain composure and be a trusted advocate, both for your coworkers and for your clients and tenants. When people feel that they have someone they can trust and come to with any issues that may arise, they are much happier. That is something Aviva Properties takes great pride in.

If everything is to run like the well-oiled machine it’s supposed to the property management company must have excellent communication. This is especially important internally, given the hectic and sometimes chaotic nature of the industry. Everyone must be on the same page in order for the business to function successfully. External sources, like clients and tenants, also need to know that they can get a hold of their property manager when they need to as well.

A good property manager must know his or her stuff when it comes to all aspects of the industry. They must be able to create and interpret reports, including financial reports, and stay up to date on all of the changing laws relating to property ownership, landlord/tenants and other real estate related regulations.

The property manager is being pulled in a dozen different directions on any given day. It’s imperative that when things get busy, they are still able to stay on top of your to-do list and remain focused. Organizational skills are among the most important traits of those that are successful in this industry.

Thank You for Living With Us – Showing Appreciation

Simply saying thank you, showing your appreciation, can bring multifamily residents back for another round of living at your community. The apartment industry can learn from Sal Scognamillo at Patsy’s. Like his Italian restaurant in New York City, apartments today have a wealth of competition. Unlike Patsy’s, not many can say they have a rich history of housing big entertainers or famous politicians.

Patsy’s Italian Restaurant in Midtown was a short walk from our hotel on an unseasonably comfortable Tuesday evening in December. My wife Stacey and I looked forward to some authentic New York Italian food before heading back to Texas the next morning.

I confess, we didn’t do our homework. Not until the night before did we know the story, featuring Frank Sinatra no less, of the legendary Patsy’s. Old Blue Eyes was a frequent diner, calling the place his home away from home. Upstairs, the crooner from Hoboken would eat his favorite dishes — clams Posillipo, veal Milanese, or fusilli with fileto di pomodoro, plus a rich ricotta torte for dessert.

The restaurant on West 56th Street has seen a revolving door of stars, celebrities, tourists and foodies in addition to its regular customers.

‘When they make a decision to walk through that door, appreciate them’

In the hotel, I watched a video of third-generation chef Sal Scognamillo, grandson of founder Pasquale “Patsy” Scognamillo, tell the family story. Website videos are great marketing, but they often show what the business thinks is its best face, not necessarily the true one.

As the story goes, the restaurant was born in 1944 from family recipes, and each night it becomes an extension of the Scognamillo home. Guests are treated as if they were at Grandma and Grandpa’s house in Queens.

But chef Sal’s video touches on something important in any business.

“You have to thank the people,” he says as the camera focuses on several dishes cooking. “They have choices of about 20,000 restaurants in the five boroughs of New York City. When they make that decision to walk through that door you have to appreciate them, thank them, welcome them.”

I thought about that walking down 7th Avenue toward Patsy’s.

Inside, we dined in the elegant second-story room where Sinatra would often eat behind closed curtains. About halfway through the meal, Sal Scognamillo emerged from the kitchen behind us. I nudged Stacey. “That’s him!”

Quietly, he stopped at every table and talked to guests. A small red stain on his white apron suggested he must have been busy preparing some heavenly sauce. But still he took time out to work his way around the room.

“How is everything?” he asked when he reached our table, making eye contact with each of us. Outstanding! “Thank you so much for dining with us tonight.”

There it was. That thank you he mentioned in the video. He could tell we weren’t from one of the boroughs. But of all the Italian joints in New York City, you pick this one, he seemed to say. Thank you.

We left that night sated with pasta and sauce, reveling that we’d eaten in such a famous establishment. But the topper wasn’t the homemade ricotta cheesecake we had for dessert; it was Sal Scognamillo’s thank you. Some 24 hours earlier, I had no idea about Patsy’s or the Scognamillo family. Now I can’t forget either.

I don’t know anything about running a restaurant, but I do know the value of being appreciated. If you make an effort to show your delight in me as a customer, I’ll come back, even if your meatballs taste like sawdust (they didn’t at Patsy’s!)

In recent years, the statistics tell a multifamily industry story highlighted by high zest for apartment living. The economies and conveniences are driving more people than ever to leasing in urban centers and the suburbs.

At industry conferences, shared sentiment holds that property owners and managers today face just as much challenge keeping multifamily residents as filling vacant units. Expressing your appreciation for those residents who, of all the apartments in your city, choose to live in yours is a good start to retention.

There are plenty of ways, from nice letters to barbecues, to show gratitude. But the best way is to just say it and mean it. Really mean it. Doesn’t matter where and when, but sincerely ask your residents if they’re happy and say, “Thanks for living with us.”

And if it sounds too simple to be true, don’t bet on it. It wasn’t that night at Patsy’s.